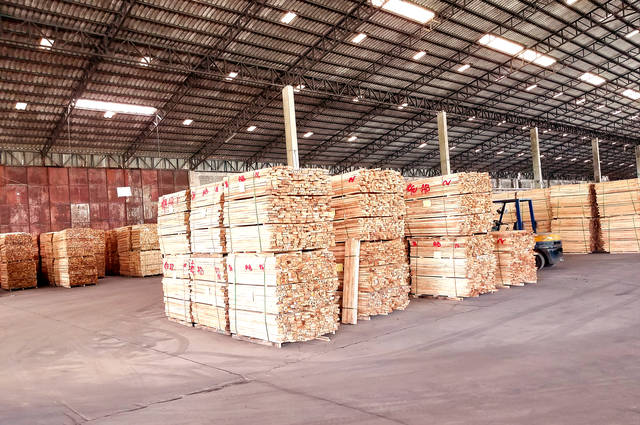 Have we seen an increase in timber imports to the UK? The Timber Trade Federation, a trade body which represents major players in the industry, has compiled figures on exports over recent years and it seems that there may have been a boost.

The TTF’s statistics show that at the height of Britain’s economic boom in 2007-2008, the country imported around 1 million cubic metres of wood from overseas. That figure dropped dramatically with the recession and global financial crisis but has started to rise again. In 2012-2013 alone, UK imports reached 706 thousand cubic metres – up more than 23% on 2011-2012 levels.

In 2016, UK timber imports have amassed a volume of 9.8 million cubic metres. 2016 figures in the fourth quarter were 2% higher than the previous year, in the same quarter. Since the 2008 – 10 global financial downturn, imports have risen year-on-year. The rate of growth has decreased since the second quarter of 2016.

Timber is still imported and produced in the UK, and customers with forward purchasing strategies are receiving their materials. Regular dialogue on forward requirements is encouraged between purchasers and suppliers throughout supply chains.

When the question first arose of whether the United Kingdom’s timber imports are back on track through July, we took a closer look at the latest statistics for July and found out that they are.

The Timber Trade Federation (TTF) report stated that imported volumes for main timber and panel products were 866,000m3 by July 2019; this is one percent less than the previous year.

Currently, imports for all three major timber product categories are on the rise: softwood, hardwood, and panel products.

The TTF report also stated that there was a rise in prices for imported timber products from the last year. The average import price per cubic metre (m³) of softwood increased by around 13 percent, while hardwood imports saw an increase of 14 percent and panel product imports were up 11 percent.

The unprecedented rise in DIY projects and increased demand for timber have caused some shortages. Imports should help ease these pressures, especially if they continue to rise.