The United Kingdom has a favourable weather condition that enables the growth of trees. Therefore, it comes as no surprise that the UK produces enough timber for the local use and as an export. 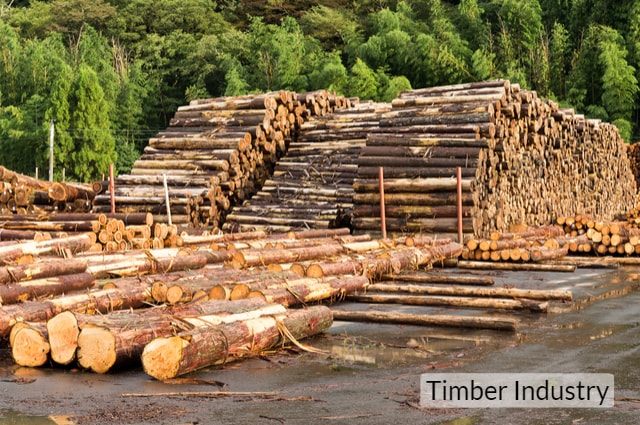 Both the softwoods and hardwoods are grown in the UK. Their growth rate is observed to be higher than in many other countries even in Europe itself. Perhaps, the difference is attributable to topography, fertile soils and the rainfalls.

Employment in the Timber Industry

The forestry work has become a reliable source of income. Timber products have increased on demand. The rural area is also encouraged to embrace planting of softwood trees. The industry had employed over seventeen thousand in the forestry sector and an additional twenty-six thousand people.

Timber supply in the UK is currently sufficient in general. There are companies such as ourselves, at Theo’s Timber Limited who supply quality timber and operate in Manchester and other areas in the UK. However, the production of softwoods in the UK has been on a drop in the latest years. For instance 2015, the production went down to 3.5 million m3 from a 3.7 million m3 in the previous year. If the trend of declined production continues, there are fears that the supply of softwood will go down and be problematic in the UK. The soft timber imports have also found the market in the UK timber industry. A major promoter of their preference is perhaps as a result of exchange rates weakening.

According to the Forestry Commission, records of 2017 show that the area covered by tree growing is approximately 3.17 million hectares of the entire UK. For the Woodland area, certified people and organisations independently manage at least 44% of it. In 2016, seven thousand of tree growth was created. Additionally, 242 woodland growth projects were registered in June 2017. Some of them are aimed at controlling the carbon dioxide influence in the atmosphere. The population has also shown interest in the timber industry as a third of the population has at one time taken interest to visit the woodland areas.

Use and Importation of Timber

Timber in the UK is more used than in many other countries. It is estimated that over eleven million tonnes of both hardwood timber and softwood raw materials were supplied to wood processors in 2016. The use of timber continues to grow with time. Moreover, in 2015, only China had more timber imports than the United Kingdom. Some of the leading timber product imports in the UK included 6.6 million cubic meters of sawn wood, paper amounting 5.9 million tons, wooden pellets amounting to about 6.8 million tons and wooden panels of approximately over 3 million amount.